Ban the Box Taking Over, Is Your Company Compliant?

U.S. Cities, Counties, and States have increased their support to adopt fair hiring policies to reduce unfair barriers of employment to people with criminal records through ‘Ban the Box’ and ‘Fair Chance Laws.’ The EEOC, Equal Employment Opportunity Commission, endorsed removing the conviction question from the job application as a best practice in its 2012 guidance for employment decisions considering arrests and convictions. The EEOC wants employers to consider the nature of the job the applicant is being hired for, the amount of time that has passed since the applicant last got into trouble, the seriousness of the offense, and job relatedness.

Does the crime fit the job?

Within Columbia, MO it is now illegal for public AND private sector employers to ask applicants about previous criminal records or conduct a background check before a conditional offer is made. This law took effect December 1, 2014 when Columbia City Council voted unanimously to ‘Ban the Box’ on job applications and interviews. Since the law took effect immediately, employers scrambled to understand the law to ensure they were compliant. Many cities have passed ‘Ban the Box’ ordinances, but the ban typically only applies to city and public employees. Columbia’s city government stopped asking applicants about criminal histories in 2012. 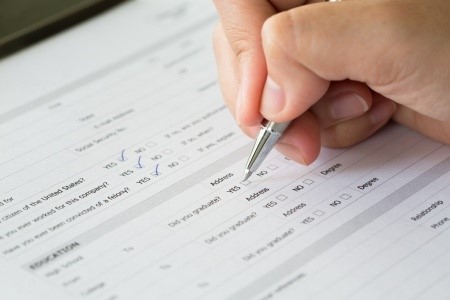 With so much press on this issue, is it time to think, ‘Out of the box’?

Criminal records have been a stumbling block for offenders trying to get a job which is the basis to ‘Ban the Box.’ Applicants who have made mistakes in their past are being eliminated immediately when there is a box on the application asking if they have a criminal record.

Some positions with statutory exclusions for certain crimes and public safety jobs are exempt. Not having the box on your employment application makes the background check extremely important. Even if this delays the request for a background check, make sure due diligence is done, finding out everything possible about the applicant.

So what does ‘Ban the Box’ legally mean for the employer?

If your company has facilities in Columbia, those applications need to be updated immediately, and so does your hiring process. Make sure hiring managers are informed of this change and told they cannot ask about criminal history in an interview. Lastly, hiring practices that include requesting a background check may need to change. If you do not have facilities in Columbia, this change can serve as a warning or notice, these changes will be coming your way, sooner than you may imagine. Sometimes without notice as was the case in Columbia. The states of Delaware, Illinois, Nebraska, and New Jersey all added ‘Ban the Box’ state wide legislation in 2014. In Hawaii, ‘Ban the Box’ is old hat, originally implemented in 1998.

Don’t’ just check a box and go through the compliant motion. Compliance has ever changing legislation and not staying up to date with new laws and regulations can result in legal implications. As far as ‘Ban the Box,’ be sure to check and double check all the Compliance boxes.