Gun Control Effectiveness Is Only as Good as the Thoroughness of the Background Check and Wrong Information on Background Checks Keep Qualified Job Applicants From Getting Hired.

CINCINNATI, OH--(Marketwired - January 21, 2014) - Discussions about background checks have reached a fever pitch in our country due to the failure of so many large companies taking unnecessary shortcuts in the name of expediency and profit. All too often these larger companies create an employee culture that really doesn't care about the end results and ultimately put your company and safety at risk. As a result the public is now being faced with disastrous consequences. We are seeing more and more headlines about how background checks missed something as easy to spot as a public arrest record or mental treatments resulting in a late-breaking news headlines on a shooting.

Aaron Alexis shot and killed 13 people including himself and wounded eight, in a Navy yard even though he was given a background check, they missed two of his arrests and a police report of his mental illness. This oversight enabled him to get a gun permit in spite of his treatment in two veteran hospitals for his mental condition. This may have been an extreme example of a failed background check but, for the most of us we simply want to get a job, hire the right candidate or keep our workplace safe.

With so many concerns for safety and the growing controversy over gun control, it raises the question, "What has happened to getting the facts right?" So many companies are looking to process as many screenings as possible to make as much profit as possible and are overlooking getting the correct information on the right person. One of the largest screening companies headquartered in New York City is being sued for not verifying that a criminal history matched the applicant for a new job. Thousands of people were denied jobs due to the fact that the screening company added an arrest record to their reports because the name was similar to a criminal. In cases like these if an applicant disputes the report, in compliance with the FCRA (Fair Credit Reporting Act) the screening company has 30 days to respond. In most cases these large companies will dig in their heels, argue that their reports are correct and make the applicant deal with the problem through the FCRA even though it mandates otherwise. A little known fact is that the FCRA requires screening companies to resolve these issues within the allotted time frames for applicants at no charge. If this work is done and rectified in a timely manner it would save the applicants from having to file a lawsuit.

One of the very few companies that are capable of boasting an unblemished track record is HR ProFile based out of Ohio, where they take responsibility to get it right the first time without putting the onus on the client. They take their commitment of being the best in their field seriously and not as an afterthought or just to meet minimum requirements.

Mark Owens CEO of HR ProFile tells us "For HR ProFile we stand by a very stringent philosophy that insight is better than hindsight. It stands to reason that the best decisions are made when having the most insight. Since the beginning and as part of HR ProFile's inception, we have proven in virtually every comparison that no one is better at finding hidden truths, not even the FBI. These hidden truths are often actionable and critical in selecting a candidate. We proudly boast that we have over 3 million background checks without suit or incident."

The most important advantage that HRP offers is its people and experience. HRP is the same company with the same focus and leadership today as they were more than 24 years ago. They have not only contributed to the innovations of what is now, best practices in the industry, but they have also refined processes with superior efficiencies through sustained experience. 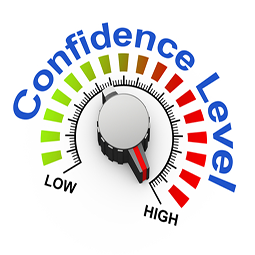 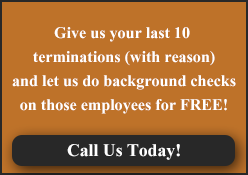